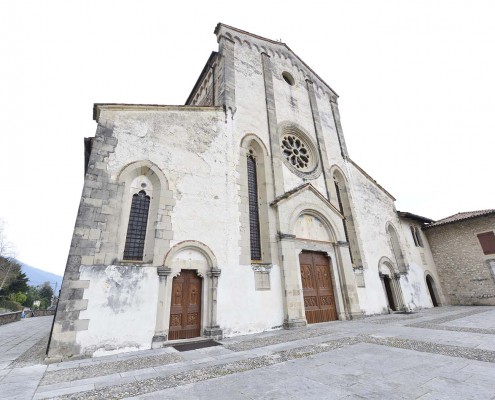 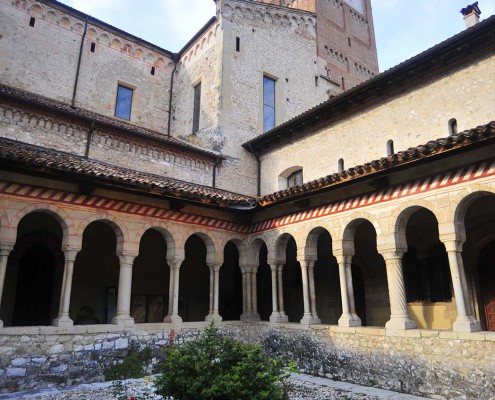 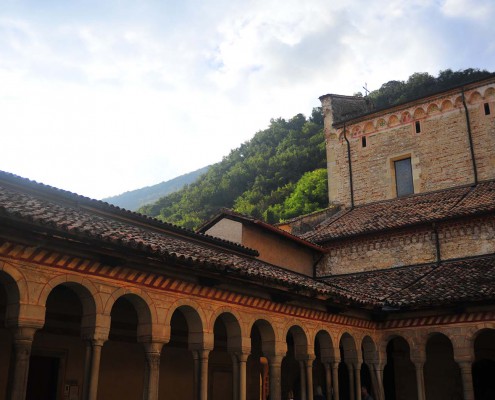 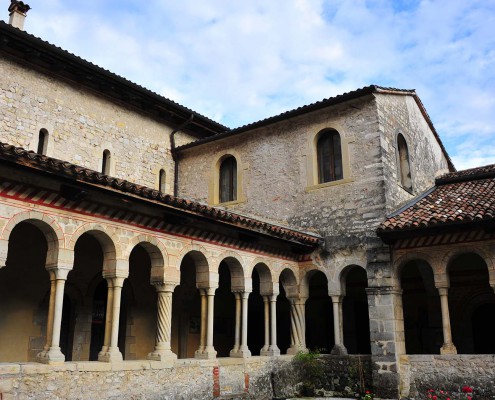 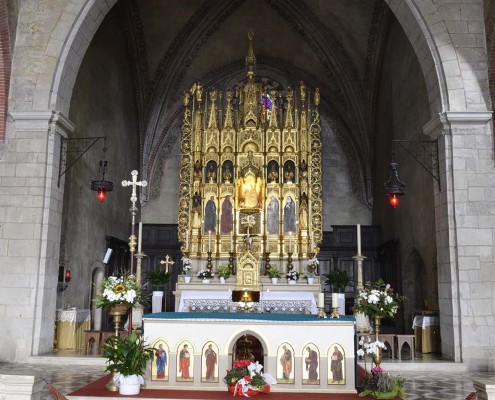 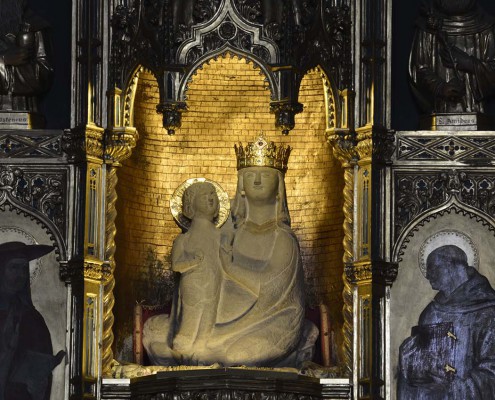 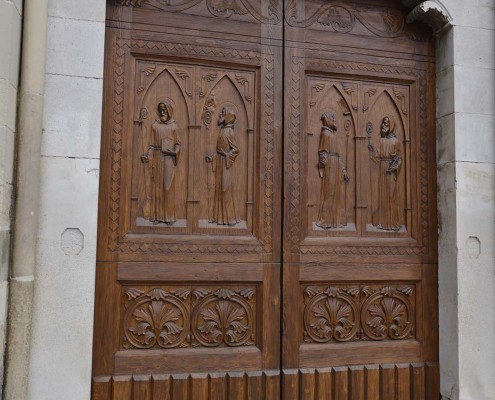 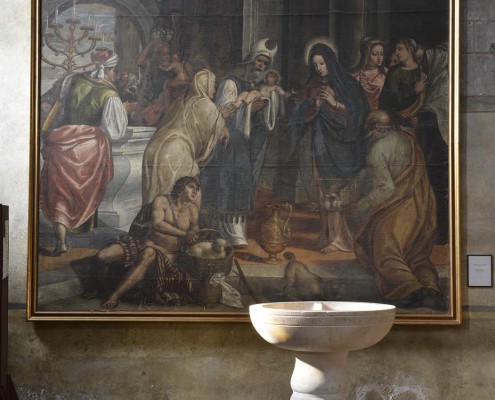 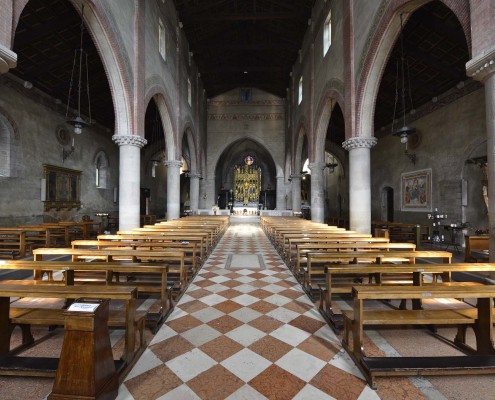 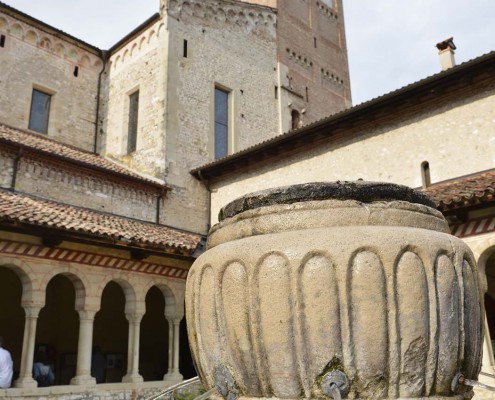 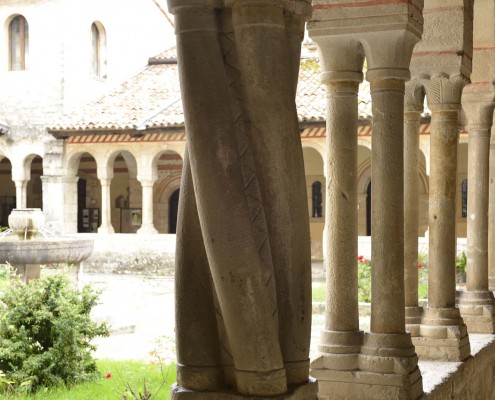 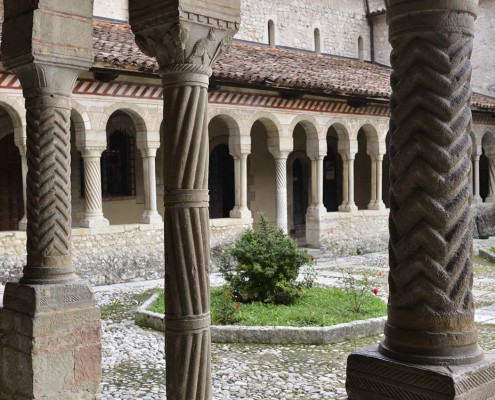 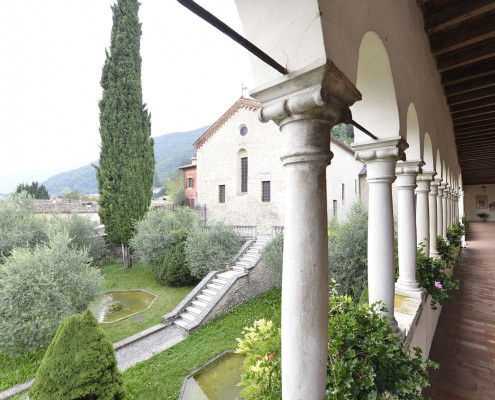 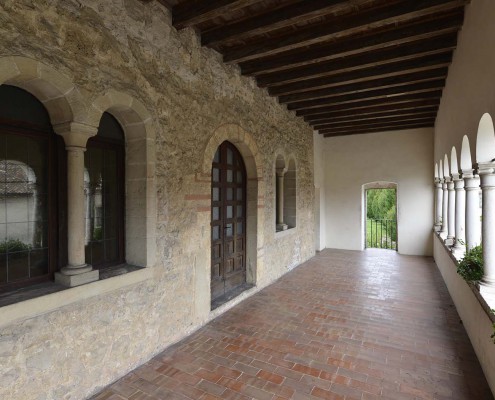 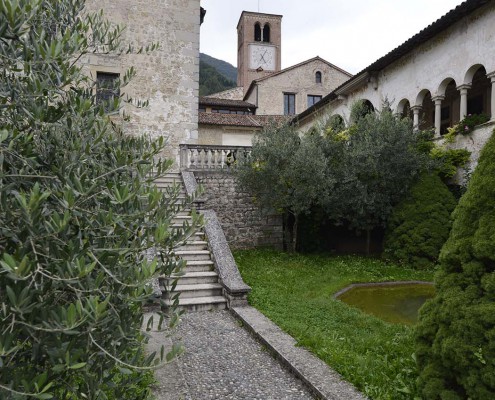 FOLLINA ABBEY
Started in 1200, the abbey is the true spiritual heart of Follina. Its unique atmosphere is a perfect blend of profound mysticism, enveloping charm and centuries-old architecture. The harmonious forms, the mysterious silence and the play of magical light take visitors on a timeless journey. According to tradition, the Benedictines miraculously discovered a stone statue depicting the Madonna and Child (2) on the hilly plateau of Roncavezzai, which according to an expert scholar, dates back to the 7th century AD. Placed in a niche at the centre of the High Altar’s wooden altarpiece (1), the statue is still venerated today and is a destination for many pilgrimages, among which it is worth mentioning the secular tradition of the Belluno towns and villages in the Alpago region, which involves a procession on foot down to the shrine on Whit Monday, the day of the village festival. This traditional and centuries-old act of faith takes place each year, together with that of many other communities. The abbey also houses other works of merit: the “Madonna with Child and Saints” fresco (3), 1527, by Francesco da Milano; a large wooden crucifix from the Baroque period (4).The construction of the splendid cloister, which dates back before the basilica and still perfectly intact today, was finished in 1268, when the Cistercian monks settled in the monastery.
The Follina Abbey can be visited every day from 7.00 am to 12.00 pm and from 2.30 to 7.00pm.

THE AUSTRO-HUNGARIAN MEMORIAL MONUMENT
Built during the First World War, this memorial monument, symbol of peace and brotherhood among populations, is the final resting place of many nationalities of enemy soldiers.

THE VIA CLAUDIA AUGUSTA ALTINATE
Important military road from the Po plains and the Adriatic to the Danube, the Via Claudia Augusta takes its name from the Roman emperor Claudius, who according to epigraphs, had this important ar-terial road built in 46 AD on a trail opened by his father Drusus during the military campaigns conducted in Noricum (Austria) between 16 and 13 BC.