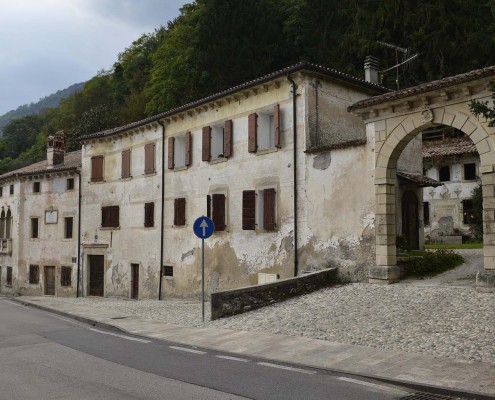 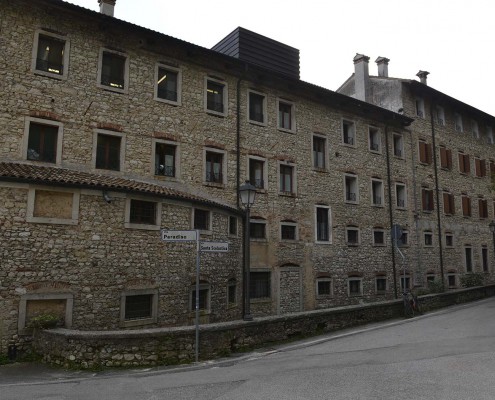 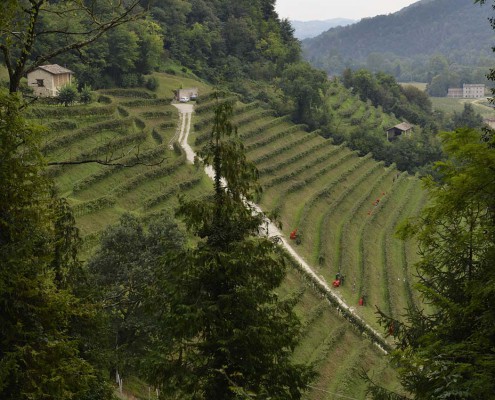 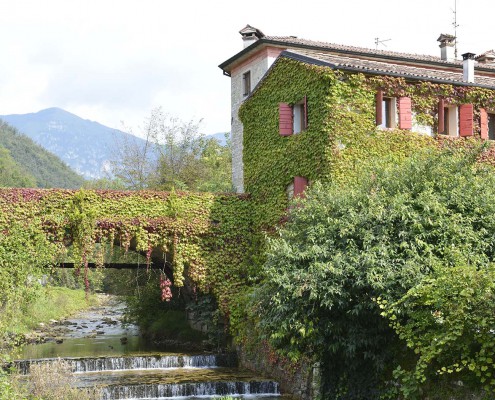 Follina isn’t simply a place: it is the ancient story of a natural geographical crossroads.
Today Follina is a crossroads of emotions, a nexus of music and culture, environment and sport, history, tradition, food and wine. Follina is a fulcrum around which an entire landscape of ever evolving colours has formed, as in a polychromatic painting by Sandro Nardi.
With its gurgling waters turning into a musical arrangement, a symphony of emotions and unique sensations, Follina is a place where water becomes music.

FOLLINA, WHAT A HISTORY!
The discovery of several relics dating back to 120,000 years ago, tells us that civilization had already made its appearance in Follina in prehistoric times.
From Roman times you can see the remains of a road that some have identified as the Via Claudia Augusta Altinate, an important military road built in the first half of the 1st century AD, leading from the Po plains and the Adriatic to the Danube.
The most important period in the history of Follina, however, is linked to the Twelfth century Cistercian abbey, which was established on an earlier Benedictine complex.
Thanks to the work of the monks, wool processing took root in Follina and throughout the Valmareno (the same place name derives from the name of a hammer device used for finishing wool, the follone, inherent to the production of textiles).
Today the abbey, still intact with all its splendour, continues to watch over the inhabitants of Follina and is a source of pride and joy.